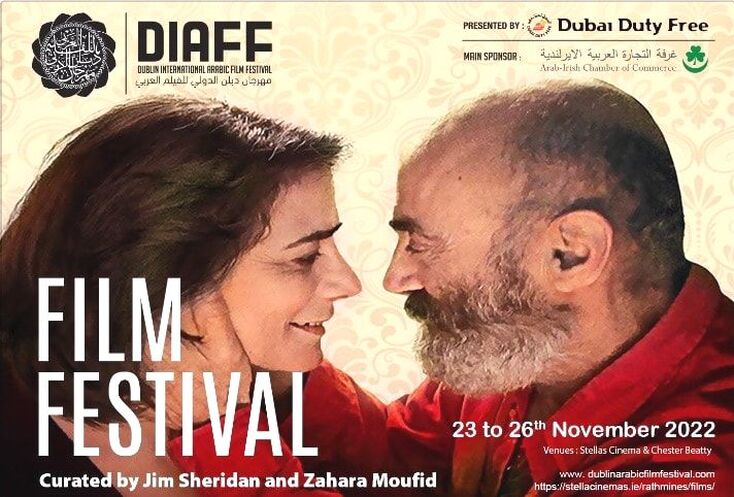 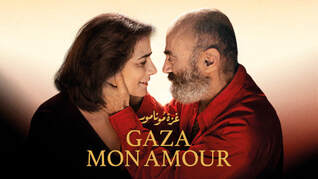 Synopsis
Gaza, today. Sixty-year-old fisherman Issa is secretly in love with Siham, a woman who works at the market with her daughter Leila. When he discovers an ancient phallic statue of Apollo in his fishing nets, Issa hides it, not knowing what to do with this mysterious and potent treasure. Yet deep inside, he feels that this discovery will change his life forever. Strangely, his confidence starts to grow and eventually he decides to approach Siham.

Opens on the 23rd of November 2022 at The Stella Cinema, Rathmines. Click on the Stella Logo below for tickets

The 9th annual Dublin International Arabic Film Festival (DIAFF) presented by Dubai Duty Free will open at the iconic and beautifully restored, Stella Cinema in Rathmines, Dublin on the 23rd of November. The festival is headed up by multi-Oscar nominated filmmaker, Jim Sheridan and is run by DIAFF Film Festival Director and filmmaker, Zahara Moufid. Seven Arabic films will be shown during the festival with the curtain raiser, Gaza Mon Amour being screened at The Stella Cinema. The remaining six films will be shown at the Chester Beatty at Dublin Castle from the 24rd to the 26th of November.

The original concept for DIAFF was the brainchild of Zahara Moufid who approached Jim Sheridan to help her develop and promote an Arabic film festival. Jim could see the cultural value that an Arabic film festival could hold and agreed that Irish audiences were starved of the opportunity to see the best new and old Arabic films ever made. With the help of Jim, Zahara’s vision became a reality and the very first Dublin International Arabic Film Festival (DIAFF) opened at the Lighthouse Cinema in 2014. That year, legendary Egyptian actor Omar Sharif launched the festival and attended the opening night as well as hosting various film making workshops which took place over the duration of the festival. DIAFF has been presented and supported since its inception by Dubai Duty Free and has had some very high-profile actors, filmmakers and celebrities involved with it over the years including international film makers, writers, and actors.

Famous faces who have supported the festival over the years have included The Edge, Liam Cunningham of ‘Game of Throne’s’ fame, actresses, Amy Huberman and Fionnuala Flanagan and musician and activist, Damien Dempsey.
This year, the festival will screen three Palestinian films, one Moroccan film, two Egyptian films and one interesting movie, made by five raising female Saudi film directors from Saudi Arabia.

The opening film, Gaza Mon Amour was directed by Palestine born twins, Tarzan Nasser and Arab Nasser. The film is a sweet, dramatic comedy inspired by a true story that took place in Gaza in 2014. When a fisherman found a Greek statue of Apollo in the sea, Hamas confiscated it immediately and started looking for a buyer, hoping to make enough money to settle the country’s financial troubles. No one knows what happened to the statue. Some say it was sold and then destroyed in an air strike.

Whatever actually happened isn’t known but the story prompted the brothers to imagine what could have become of the statue. In their story, the statue is found by an old, single fisherman whose life is about to change dramatically due to the magical love powers of the mysterious statue of Apollo. Despite the deeply conservative traditions of his country, his age and the problematic politics of the region, the old fisherman stands steadfast in his pursuit of love. The tone of the film is funny, sometimes dark, even bitter at times, but above all, it's tender and melancholic.

The other two Palestinian films which will be shown during the course of the festival include, The Stranger and The Idol. The Stranger is about an unlicensed doctor working in a small village in the occupied Golan Heights who helps a man wounded in Syria and who then ventures forth to meet his new destiny. The film, The Idol follows the fictional story of Palestinian wedding singer, Mohammed Assaf, a boy who dreams of competing in the Arab Idol singing competition but who does not have a passport or connections to make it from Gaza to Egypt.

Collapsed Walls is a Moroccan film which is about the residents of a small Moroccan city who struggle with their daily lives and try to keep going as they mourn the death of their loved ones.

The two Egyptian films are, The Knower and Souad. The Knower is about Younis, a man who lives with his wife and baby and who decides to rob a bank through the internet but ends up being caught up with a dangerous gang. Souad tells the story of a 19-year old girl who leads a double life. Souad presents herself as a traditional and veiled young woman among her family and society, while being obsessed with her appearance on social media. The drama occurs when her real-life clashes with the digital image she created for herself.

Becoming is a collection of short films made by five young Saudi Arabian female film makers. The films have a common thread and investigate how young Saudi women and girls live and deal with every-day issues and the struggles which they face. Topics such as arranged marriage, what it’s like to work and drive as a female in Saudi Arabia, religion and infertility are addressed in the beautifully written and shot films. Together, the collection of films is powerful, thought provoking and emotive.

Jim Sheridan, DIAFF President said, “We hope DIAFF, its films and the stories and people they portray will continue to open the eyes of audiences to other cultures, their struggles, and everyday lives. Sometimes it’s hard to relate to other cultures, but film has a powerful way of sharing stories, evoking emotion, and letting an audience garner a better understanding and appreciation of other cultures and ways of life.

Zahara Moufid, DIAFF Director added, “We are delighted with the diverse mix of films which will be part of this year’s festival. So many interesting themes and stories will be told. Personally, I am very proud to have the chance to show the work of five young Saudi Arabian female film makers through the movie, Becoming. As an Arab woman myself, it’s so good to see Arabian, female film makers have the chance to have their work made and then seen by an international audience. Becoming is a wonderful collection of beautifully made films which deserve to be seem and embraced and we know that Irish audiences will be really blown away by the talent and skill of these young female film makers.”

Colm McLoughlin Executive Vice Chairman and CEO of Dubai Duty Free, the presenting sponsor of DIAFF offered his congratulations to the festival organisers and said, “I am very impressed with this year’s programme which is a wonderful collection of films from all over the Arab world. I would like to congratulate all involved and am once again delighted that Dubai Duty Free is the presenting sponsor of DIAFF for the ninth year running.”


Ahmad Younis, Secretary General and CEO of the Arab- Irish Chamber of Commerce said, “The AICC has been a sponsor of DIAFF since the festival began in 2014. During this time, we are proud to have been able to share some of our most beloved Arab films with Irish audiences. Our involvement with DIAFF allows us to strengthen our Arab- Irish relationships and helps strengthen both our business and cultural ties. The interest and engagement with Ireland and the Arab world is growing all the time. We know that film has a unique ability to travel, to cross borders and to create an engagement with people of all cultures in a way that other mediums cannot. There is a great selection of films at DIAFF this year with films from all over the Arab world including Egypt, Morocco, Palestine and Saudi Arabia and we look forward to viewing them”.

Jim Sheridan Talks to Ireland AM about  DAFF 2020