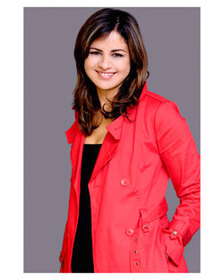 I often get asked  why  I  decided to start an Arabic film festival in Dublin. I remember my Irish friend  Aidan telling me about something he saw happen in Dublin that really upset him. He saw two teenage Muslim boys walking along by the River Liffey one Saturday afternoon dressed in traditional cloths He told me that It was a sunny day and there was a large group of local teens jumping off the Macken street bridge into the river.

As the two Muslims passed  by, the Irish  teens stopped what they were doing and started shouting "here come the terrorists". He told me it reminded him of the first time he visited the UK as a young man in his 20's. and how he was made feel by security that he had to prove he wasn't an Irish terrorist. This was back in the 80's.
He told me how upset he was that Irish people, in his city, were now doing this to Arabs who were just going about their business. But he joked that at least young Irish males were no longer in the spot light.

This story upset me and it got me thinking about the industry I work in and how it feeds the stereotype image of Arab actors as terrorists. I spoke to my mentor Jim Sheridan to see if we could do anything to show Arabic actors in a different way.  Jim was excited about the idea  of starting an Arab Film Festival and  he agreed to get involved. Immediately, Joe Geoghegan of the Arab-Irish Chamber of Commerce came on board and the rest, as they say, is history.

Thanks to the help and support of our sponsors; Presenting Sponsors Dubai Duty Free  Sinead El Sibai  and other sponsors including the Arab-Irish Chamber of Commerce, Dublin City Council, Department of Culture, Heritage and the Gaeltacht and Tourism Ireland.

The attendances during the festival quickly dispelled any doubts that there was an interest in Arabic cinema in Dublin and thanks to wide ranging international media coverage.

The aim of the festival is to provide a realistic perspective on Arab people, culture, art, history and politics. The festival will continue to serve as an important platform for Arab filmmakers to reach out to a wider international audience.